The 2016 and 2017 Surveys of Consumer Payment Choice: Summary Results

The 2016 and 2017 Surveys of Consumer Payment (SCPC) are the ninth and tenth in a series of annual studies that examine the payment behavior of U.S. consumers. This paper describes the results, content, and methodology of these latest editions of the SCPC. It presents data measuring the adoption and use of the various payment instruments in a typical month, and it provides estimates of consumers’ banking and cash-management activities, their assessments of payment instruments, and individual and household demographic characteristics. In addition to reporting the latest SCPC results in detail, this paper presents major findings on consumer payment behavior from the SCPC’s inception in 2008 through 2017. 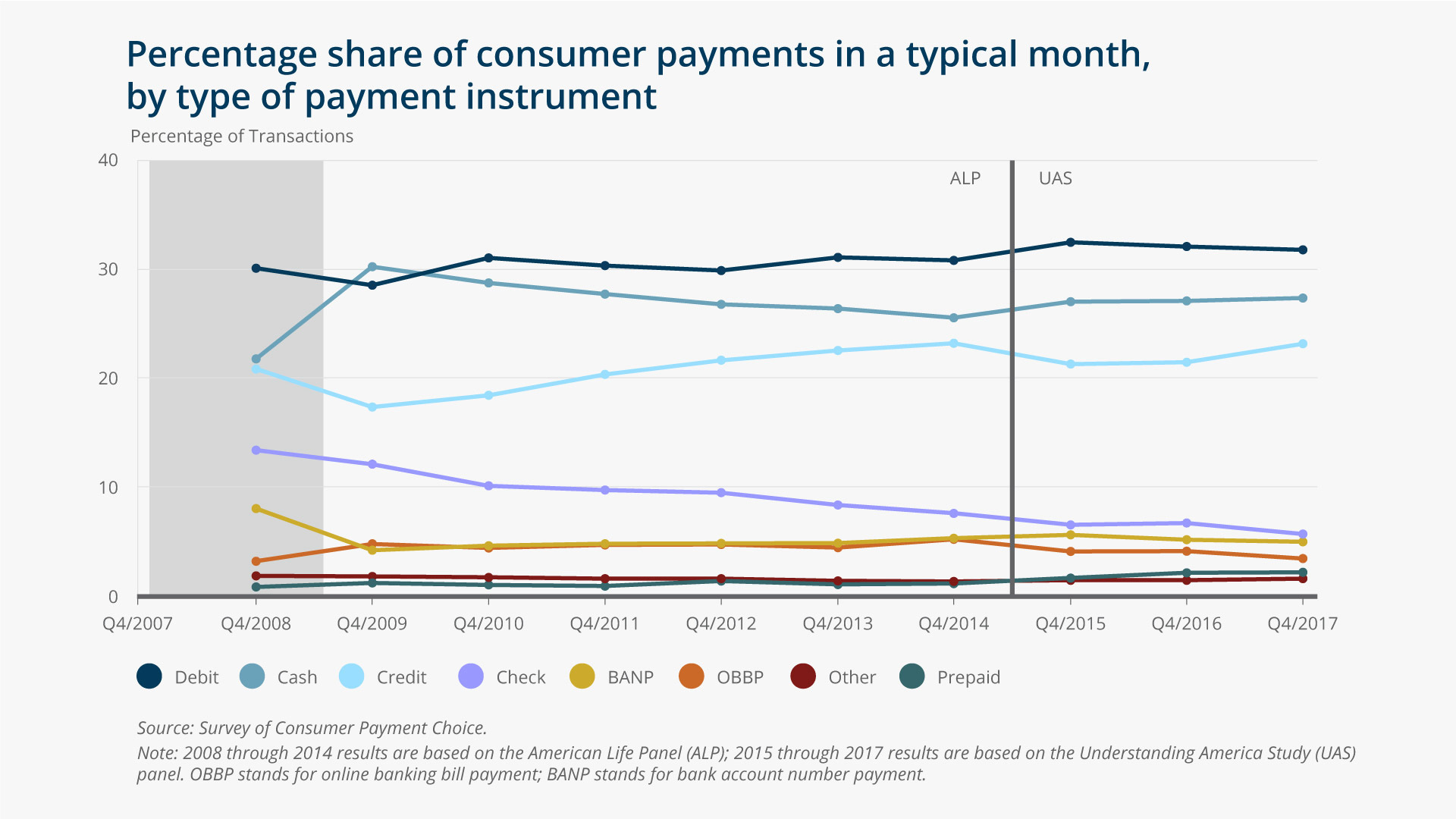 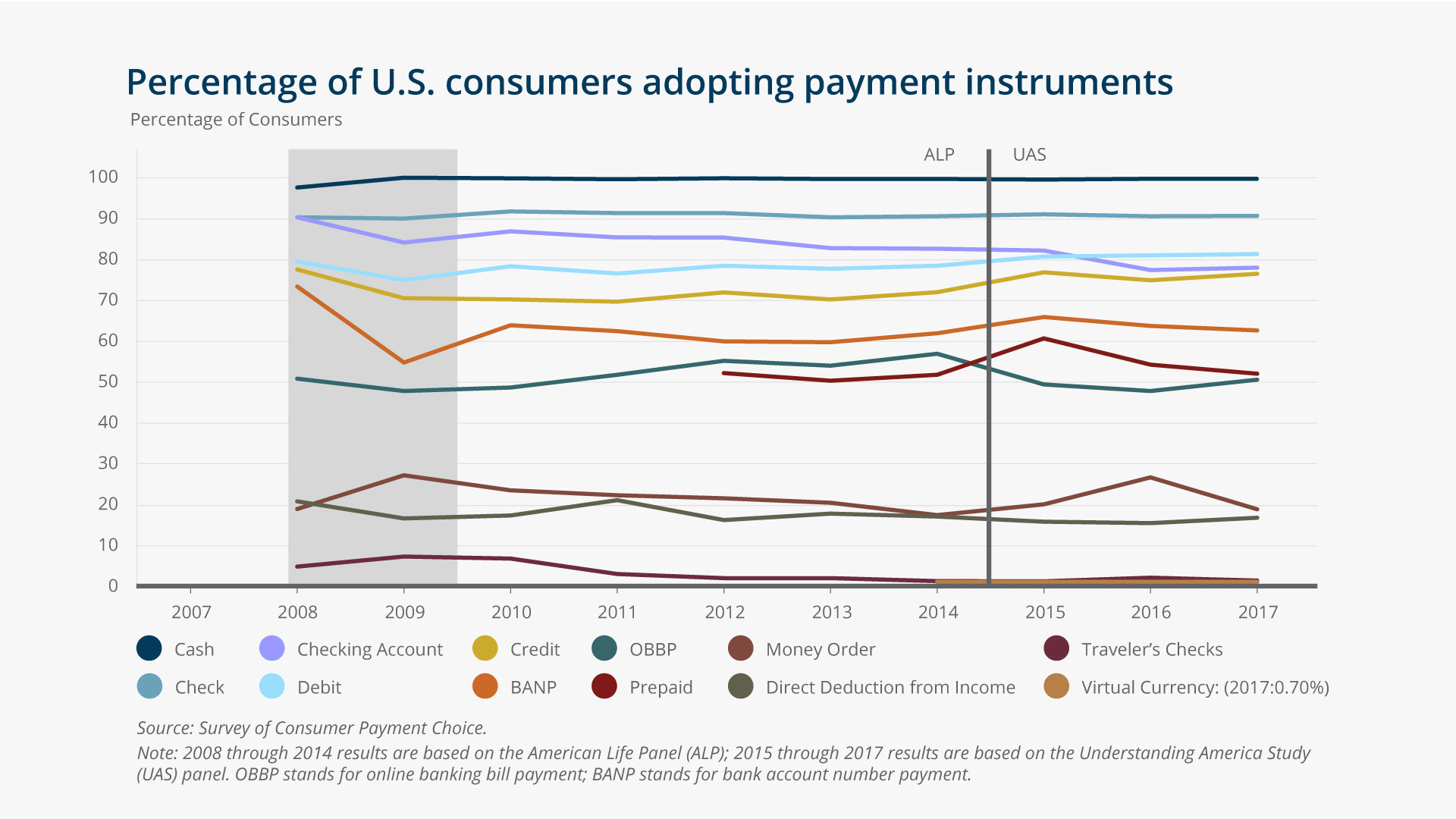 The stability of payment trends over the last decade suggests that consumers have been slow to change their behavior despite the availability of new payment instruments that have emerged with changes in technology. However, the adoption of mobile apps for storing funds or making payments (such as Android Pay, Apple Pay, Samsung Pay) grew by about 25 percent in the last three years, from 40.4 percent of consumers in 2015 to 52.1 percent in 2017. Another statistically significant change involves online purchases: They accounted for an average of 6.9 percent of each consumer’s monthly purchases in 2015 and rose to 8 percent in 2017.

Despite the introduction of new technology and new ways to make payments, the Survey of Consumer Payment Choice (SCPC) finds that consumer payment behavior has remained stable over the past decade. In the 10 years of the survey, debit cards, cash, and credit cards consistently have been the most popular payment instruments. In 2017, U.S. consumers ages 18 and older made 70 payments per month on average. Debit cards accounted for 31.8 percent of those monthly payments, cash for 27.4 percent, and credit cards for 23.2 percent.

The SCPC continues to measure new ways to shop and pay and found that the increase in the number of purchases made online between 2015 and 2017 is statistically significant. In 2017, consumers on average made 5.6 online purchases per month, which account for 8 percent of all transactions and are up from 6.9 percent of all transactions in 2015. Use of mobile technologies continued to grow: In 2017, one-third of consumers made a mobile payment, compared with one-fourth in 2015.