Reintegrating the Ex-Offender Population in the U.S. Labor Market: Lessons from the CORI Reform in Massachusetts

Policymakers have proposed and enacted policies that seek to limit the negative consequences that a criminal record imposes on ex-offenders, their families, and society at large. Some states have changed how criminal records are accessed and governed in the interest of removing unduly burdensome barriers to employment for some ex-offenders. Between 2010 and 2012, Massachusetts enacted the Criminal Offender Record Information (CORI) Reform, changing access guidelines for criminal records and preventing employers from inquiring about criminal history on an initial application for employment.

This report empirically analyzes the impact of the two components of Massachusetts CORI Reform and finds that, contrary to expectations, the CORI Reform caused a small reduction in average employment for ex-offenders. Another finding of the report is that the reform also caused a small reduction in ex-offender recidivism, seemingly indicating a modest increase in ex-offender reintegration. The report concludes by noting that further policy measures and programs are needed to better support the reintegration of ex-offenders into civil society. 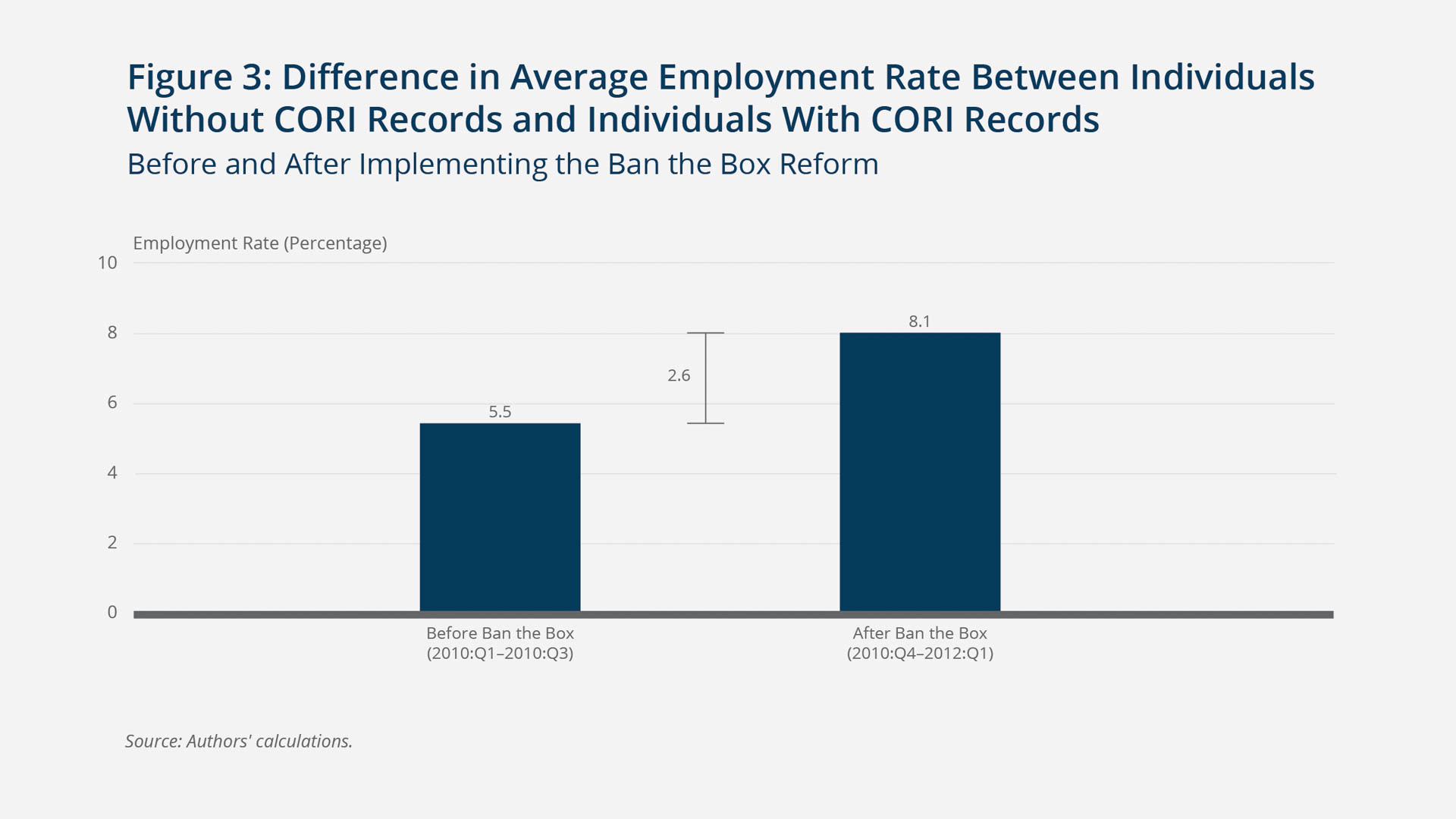